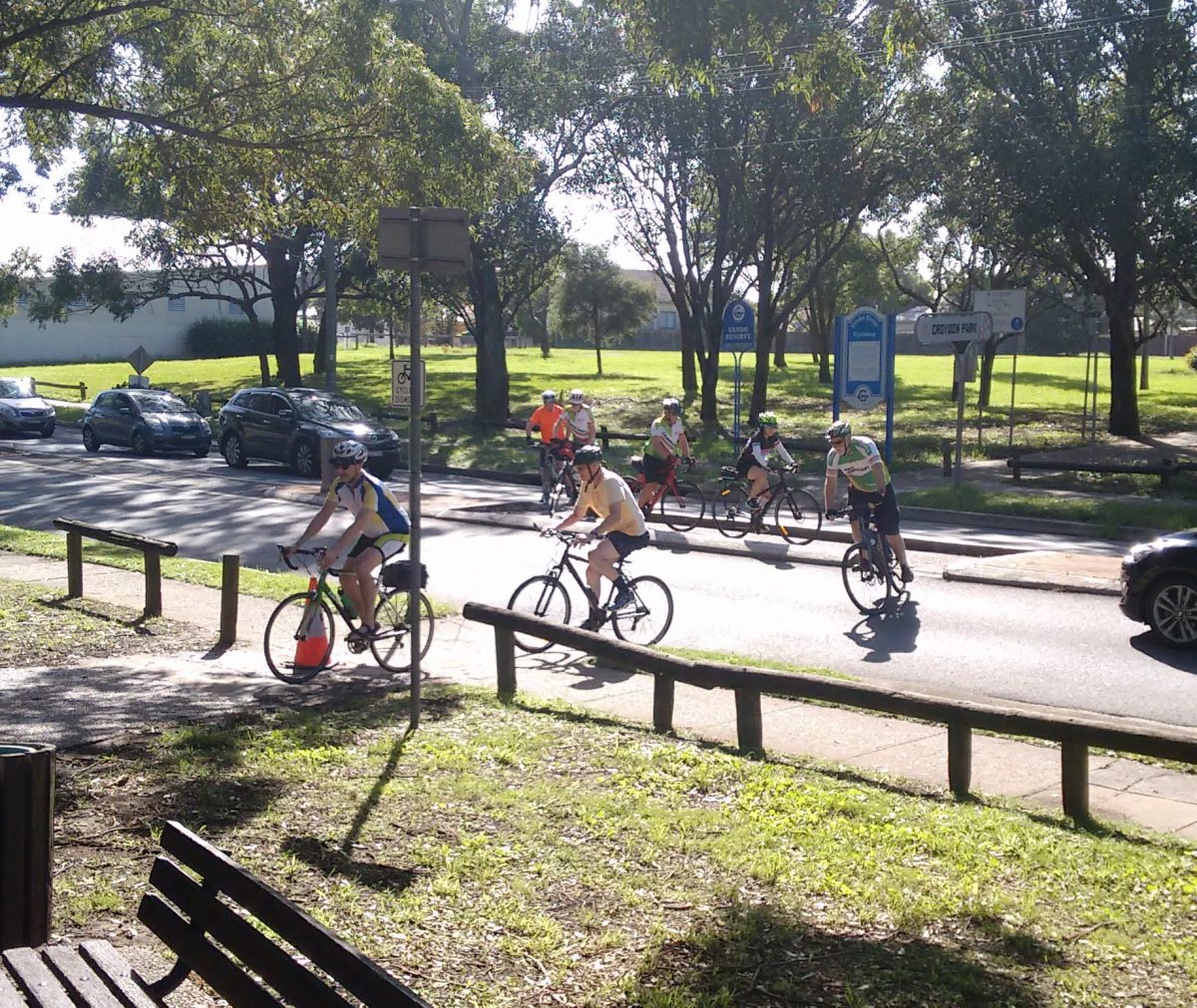 The Cooks River cycleway, shared with pedestrians, also called the Bay to Bay path, along the Cooks River is one of the better cycling experiences in Sydney. The path has long stretches of good concrete or asphalt paving, running next to the River, or through shady parks and reserves. It runs from Homebush to South Strathfield, Croydon Park, Ashfield, Marrickville to Tempe at the Princes Highway, where it continues on to Botany Bay.

It is very pleasing to note that one of the biggest problems on the path, the narrow underpass of Canterbury Rd, is being fixed. Canterbury Council put out a tender early in 2020 and the project is due for construction February to August 2021. Total cost is around $3 million.

The path is very popular with cyclists, because of its generally flat and well-shaded stretches, away from motor traffic. However, regular riders will know all the road crossings where caution is required. See image of the Burwood Rd crossing.

Recently a child riding a bike was hit by a car at the Illawarra Rd refuge crossing, where numerous incidents occur, largely due to car drivers being apparently not slowed enough by the speed cushions or maybe distracted by the roundabout just before the crossing. Or, cyclists misjudge the crossing, which is one of those awkward “90 degree turn into a narrow median” types, or think they have right of way. A better crossing, with priority for cyclists and pedestrians, is needed.

A study was done in 2006 (!) by Jamieson Foley and STC, listing all the problem road crossings and hazards, but most remain unchanged. IWBC believes that it is time to have the crossings in particular upgraded, so that safety for families is improved. Children and beginning cyclists in general can cycle the main path sections easily but the road crossings require skills they may not possess.

IWBC attended a recent meeting of the Cooks River Alliance, a group for all the Councils bordering the path, and issues of funding for various projects were discussed. More details will be posted as they emerge, hopefully including safety improvements for cyclists and pedestrians.

Stop Press. A report came in today, 13 Dec, about steel chicanes being installed at the Tempe railway underpass. No consultation with bike groups that we know of. IWBC writing to IWCouncil asking for reasons why the chicanes were erected. They look like being difficult to negotiate for bikes with trailers or even wheelchairs.

Note in June 2021. It turned out the steel posts were put in by Sydney Trains without any notice because they are working on the railway bridge above the bike path. After some discussion the second part of the chicane was removed, to allow longer bikes to pass through. Still quite an obstacle. Not clear how long the works are going to take.